Have you ever purchased fireworks from phantom fireworks that were advertised as buy one get one free?
If you really believed you were getting one item free please  join the potential class action law suit to receive 50% of your purchases back!

Fill out the link below and forward it to friends or family who also may have been a victim of Phantom Fireworks scams.

Below you can hear their employees admit nothing was ever free they just raise the price double minus one penny.
Click The Button to fill out the form

Another famous Phantom Fireworks marketing scam, put  50% off  all inventory big as possible, then at the bottom in tiny little fine print exclude items such as Assortments or cases, Phantom has to be tricky or scandalous at everything they do! Please Avoid Phantom Fireworks shop at honest legitimate family businesses.

Frank Elliotts motive is & always has been to get 50% of all customers money back from phantom fireworks due to them scamming their customers in to believing they were getting one item free and many other marketing scams!

Phantom Fireworks VS. Frank Elliott / Jurassic Fireworks Just Ends up being another DUD for phantom fireworks!

The Complainant argues that the Respondent is a competitor that seeks to tarnish the Competitor’s reputation, disrupt its business, and divert sales to the Respondent for commercial gain.

The Respondent argues that he has “fair use” rights to criticize and comment on the Complainant’s deceptive practices, as indicated by the word “scams” in the Domain Name.  He argues that the Respondent’s website was registered and used in good faith for this purpose and has not been used to divert consumers for commercial gain.  The Respondent observes that he is allowed to record conversations under Wyoming law, where the conversations took place that he posted on the website.  The Respondent also reports that he offered to take down the Respondent’s website “if Phantom Fireworks would change their marketing to be in line with the industry standard and stop the use of gimmicks, trick marketing, and scandalous advertisement.”

Accordingly, the Panel declines in this case to enter a finding of Reverse Domain Name Hijacking. 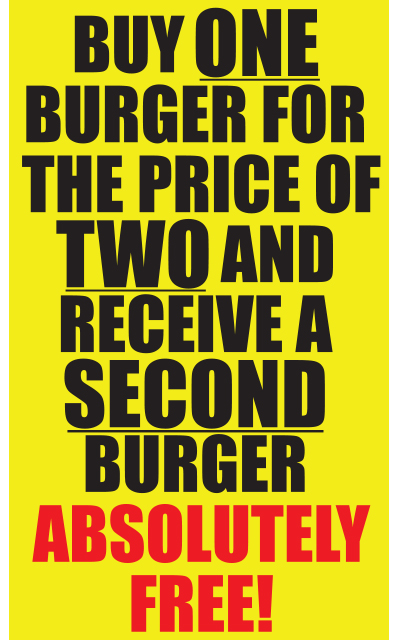 The disclaimer at the bottom leads the customer to believe it can be used with any Promotion and then you read a little further down and they say you can’t! 😂

C’mon Phantom stop trying to bait and switch the customers! We’re on to you! BE GOOD PEOPLE!

Phantoms new scam! They now offer the consumer up to 40% off the entire inventory but never mention the price is off the old buy one get one free price and you only get one item not two! So you now get to drive all the way to one of their showrooms just to find out they led the horses to the water and their employees are suppose to make them drink! (See recordings below of phantoms fireworks employees admitting this is true!)

to overcome2021 Phantom fireworks scam is now a bogus offering of 50% off the Entire Inventory!

1. First the buy one get one free scam

2. Then the “receive free product” scam

3. Then the premier rewards member spends $400 and you can buy the alternative to buy one get one free and purchase one of any item. ( Phantom, just sell it per item instead of all the scam)

4. Now the biggest scam yet! 2021, Phantom advertises 50% off their entire inventory! but they fail to tell you it’s off their old buy one get one free price! Phantoms M.O is to always raise their prices double the industry standard, and then offers some kind of marketing scam or promotion to trick or scam their customers.

5. Listen to the recordings of Phantom fireworks employees below. Phantoms employees confirm nothing was ever free!

Phantom fireworks deserves to be sued on behalf of every customer who ever purchased from Phantom Fireworks and believed they were get one item free.

Phantom Fireworks Marketing as of 2020 is one of the best in the industry, the only problem it’s also the most misleading and scandalous.

This Phantom coupon looks great to the average consumer, to others in the industry it’s simply misleading and scandalous. Phantom created the buy one get one free years ago, and of course consumers believe they’re paying for 1 item and getting one free. The problem as you’ll see throughout this site is that the word “FREE” is just not true.

In the coupon above you’ll see several different scams.

1. The copy was designed to be small so you would just ignore it.

2. Phantom premier rewards offers the consumer the right to purchase the most valued alternative to the buy one get one free (get 1 item only not two) but the consumer has to spend at least $400 to be a premier rewards Customer. Phantom likes to use fancy words like “our programs most valued alternative to buy one get one free” instead of just saying you only get 1 item. What a joke!
If Phantom wants to become an honest company, they will stop all the marketing scam and stop forcing other companies to use their scams to compete against them or face being overran by Phantom.

3. The coupon above is offering you only one item if you’re a premier rewards member, but right below it they use the huge words 50% off and buy one get one free along with mix or match on the same coupon.
So what is it that you will actually get? You can’t mix and match anything if they’re only letting you get one item. Phantom is all about using the word “free” because that’s what consumers want to believe and they should if it say it!

If you look real close on the left side the words “the most valued alternative” is the smallest fine print.

In our recordings of phantom employees it’ll be very easy to understand Phantom fireworks is nothing more than a marketing machine of trick marketing and scandalous offers.

1. Buy one get one free. Our recordings have Phantom admitting nothing is free they just raise the price double minus 1 Penney.

2. Phantom offers a premier membership – huge scam! You have to spend $400 or more to become a premier rewards member, this allows you to buy any one item at 50% off. Lol that’s what it should be anyway! All the other fireworks companies most likely will sell you any 1 item at anytime without forcing you to spend a minimum of $400.00.

Below is another vague misleading coupon by phantom fireworks, As you can see they advertise 50% off all fall fireworks inventory. Exciting right? Now pay attention! the coupon doesn’t say 50% off buy one get one free or 50% is only for one item. Now you just drove up to 150 miles to one of their retail warehouses and you go to check out and you know it’s always been buy one get one free so your expecting 2 items at 50% off and this is when they let you know you only get one item on the 50% sale not 2.

When clicking on our recordings of phantom employee you will hear their Mgr acknowledge the buy one get one free isn’t really free, they just mark the first item up double minus a Penney.

These coupons Phantom sent out after the 2020 July season were after they took off the “buy one get one free program” for the first time ever. As you’ll see, they fail to notify their customers that the 50% off isn’t for the one item, but still off the buy one get one free that they’re not offering at the time. So in reality you really should be getting 50% off any one item, but of course they don’t tell you that until you drive all the way up to their warehouses. 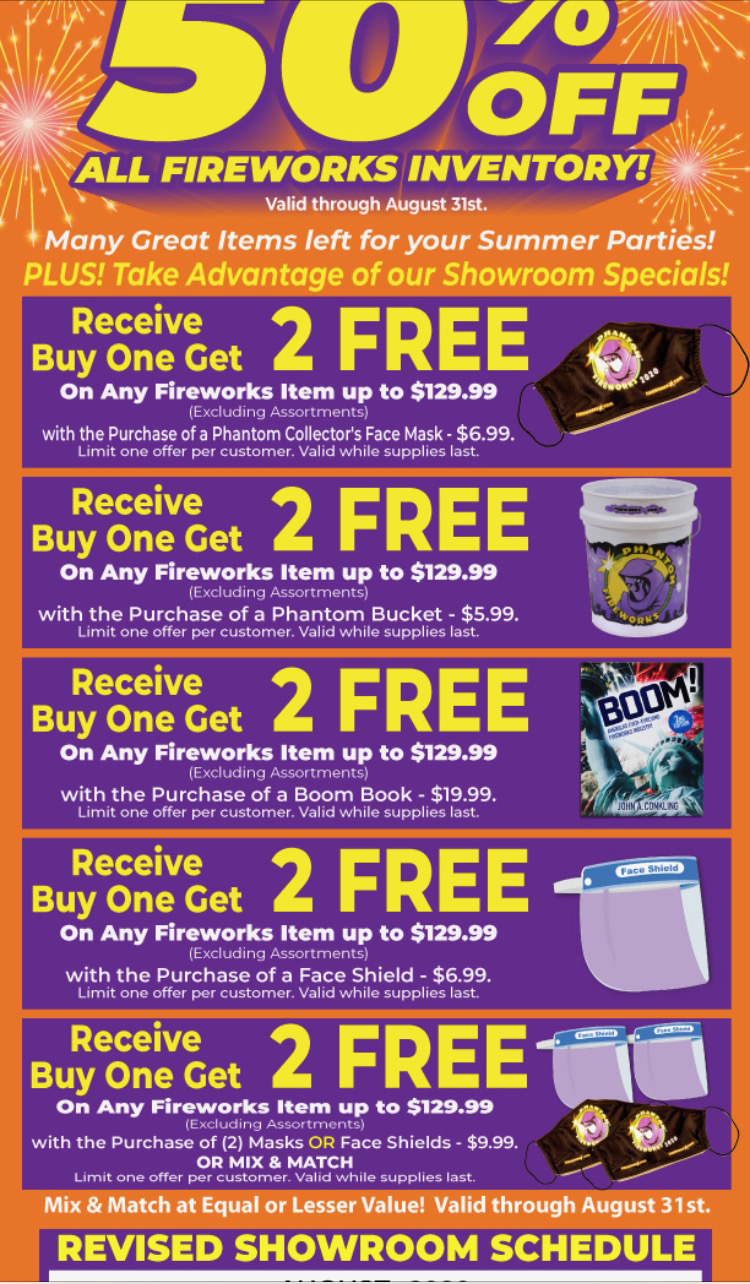 Phantom fireworks store Manager stating customers are ignorant and that suckers are born every day!

Recording of phantom admitting nothing is free

Another 2021 Recording of phantom

Yet Another 2021 Recording of phantom